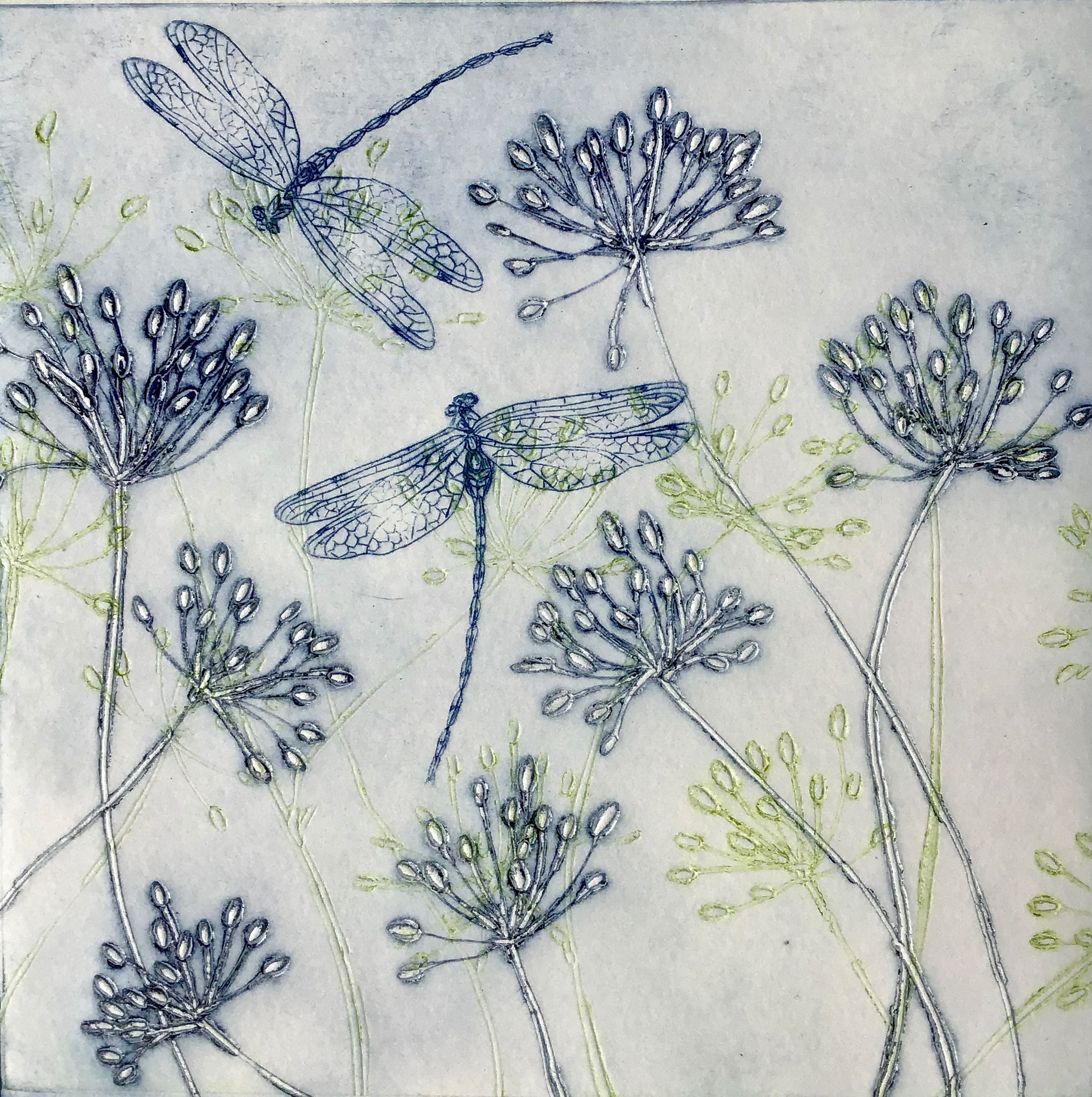 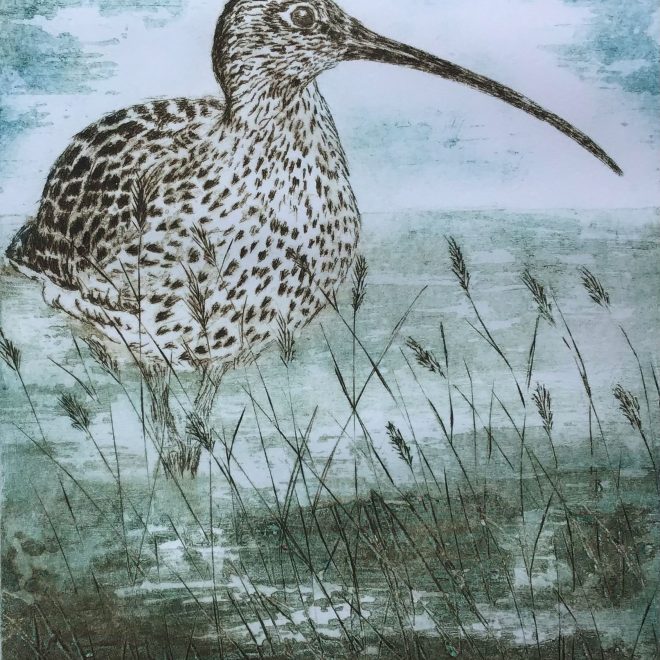 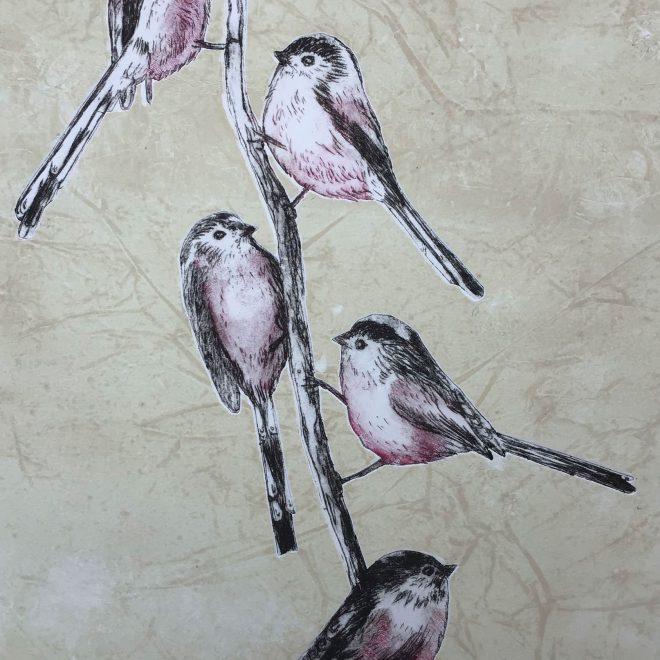 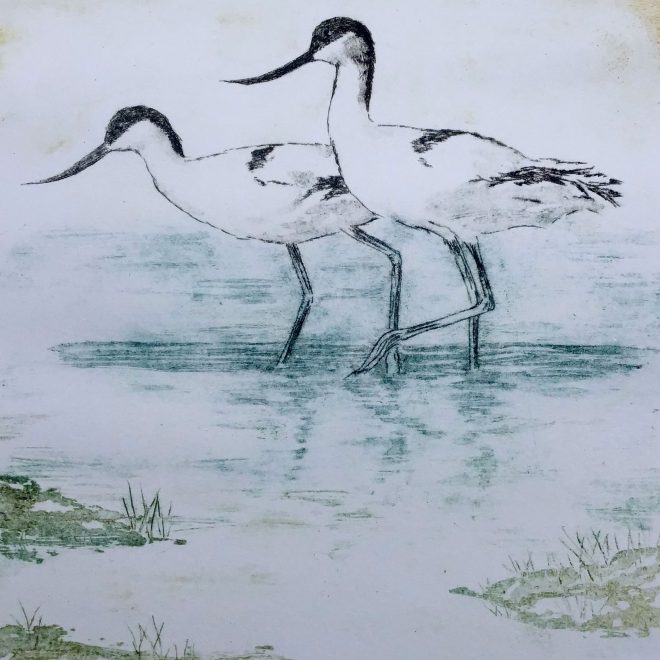 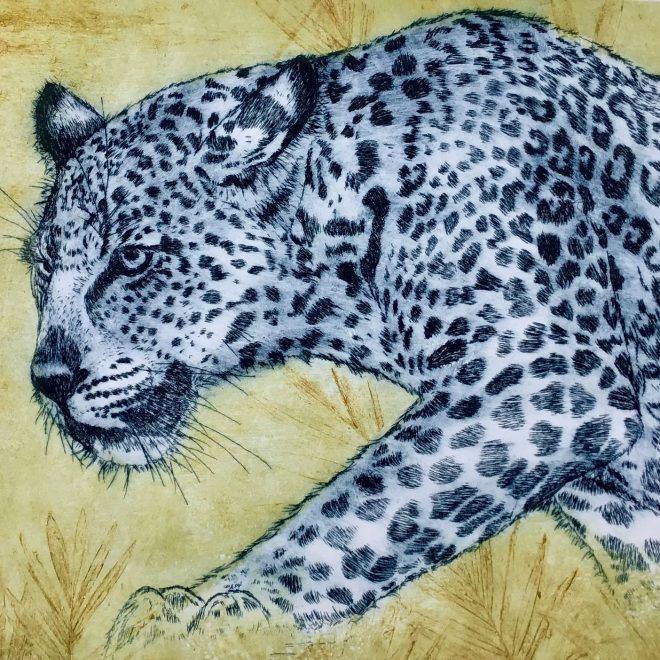 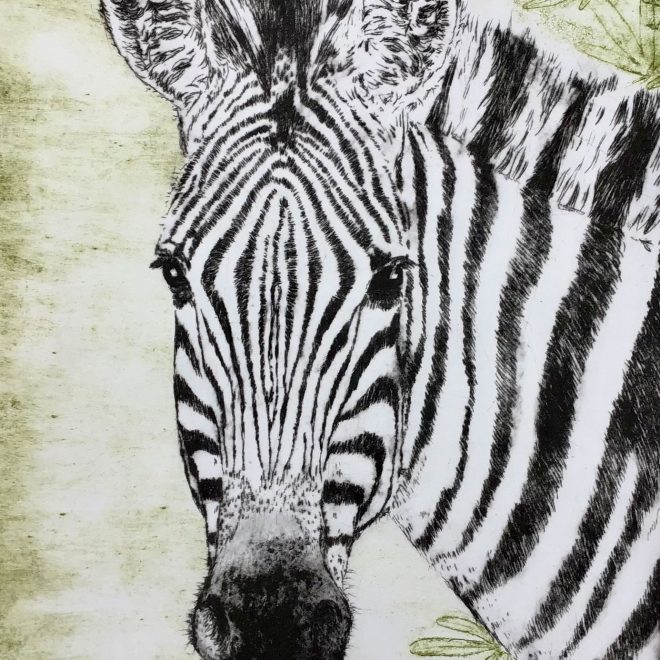 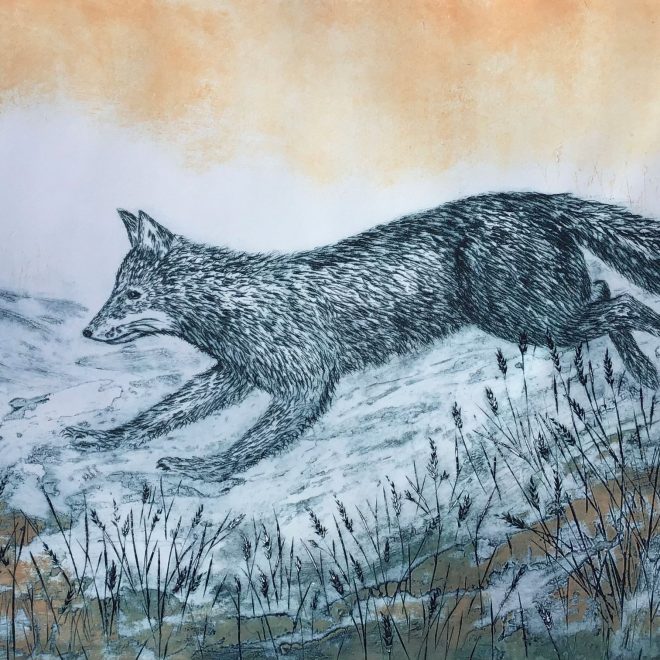 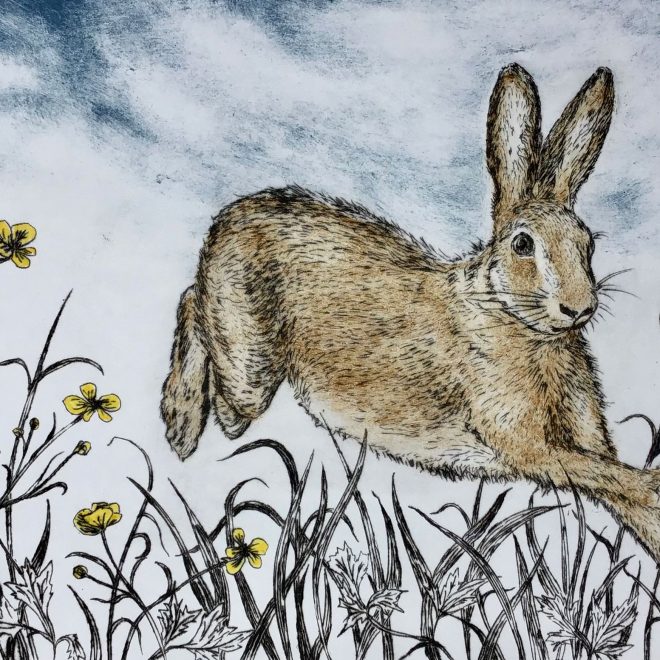 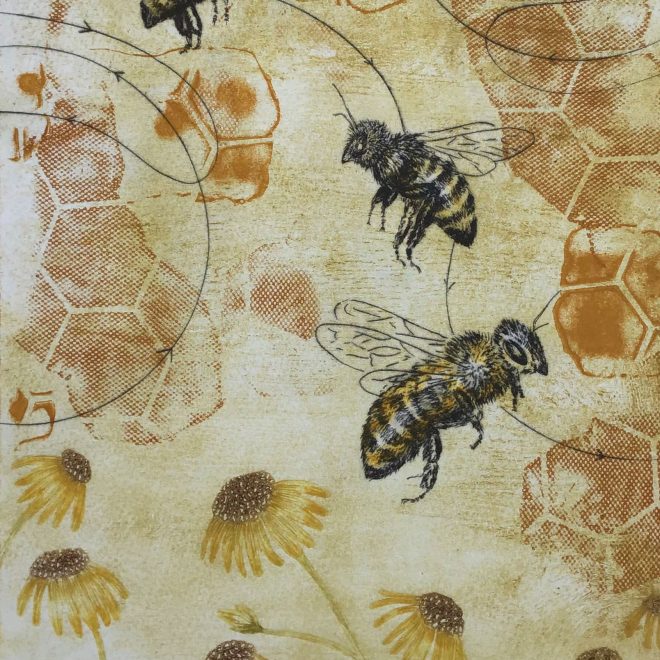 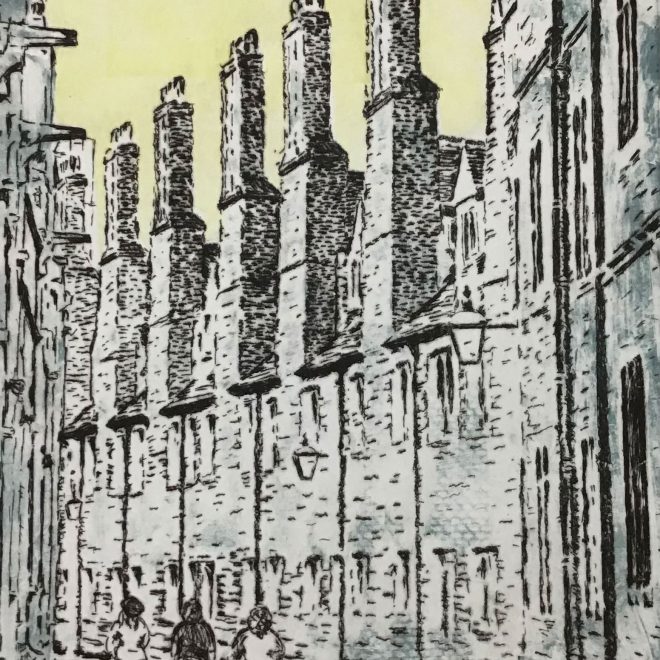 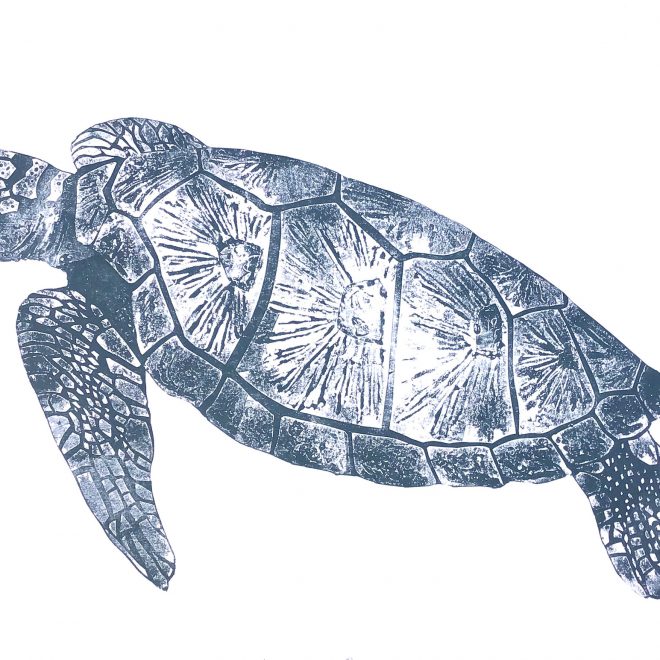 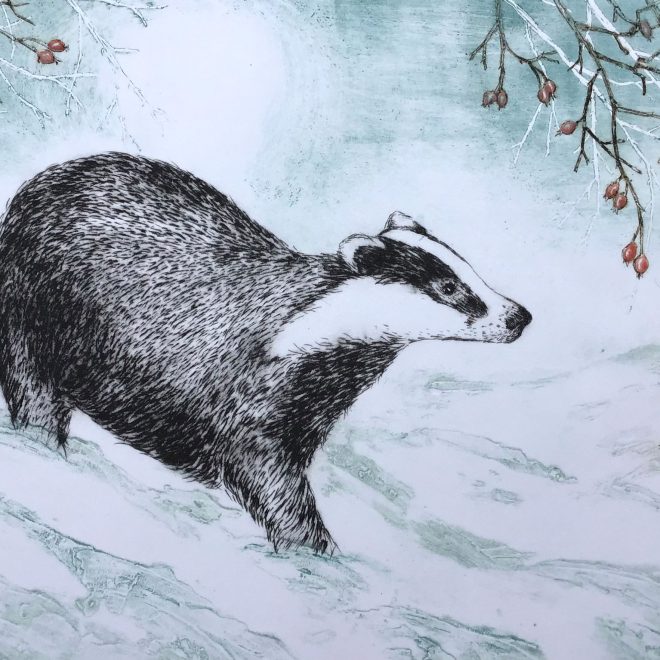 Sherry’s artwork focuses on texture and its resonance with the subject. Using printmaking techniques such as collagraph, monoprint, and drypoint, she often explores her keen interest in biodiversity to create images incorporating the tactile aspects of a wide range of plants and animals.

Sherry enjoys sketching and making prints of the plants and wildlife in her garden, and in the surrounding Cambridgeshire countryside.  Her art may also include observations and influences from her travels and work farther afield.  Sherry’s work often draws on her work in biology and she currently tutors biology part-time. Originally from Broadstairs, Kent, Sherry’s prints also reflect her coastal roots.

Sherry’s work is represented by VK Gallery, St Ives.  Some of Sherry’s art is available on her Etsy shop at etsy.com/shop/ or from her studio in Elsworth.

Sherry exhibited at Cambridge Original Printmakers Biennale, 2018; and the  West End House Art Gallery, Smarden, Kent in ‘The Illustrated Garden’. Her work is included in the book by the same name and in ‘Limited Edition’ (both published books by Mascot Media).  Sherry exhibits regularly with the Cambridge Drawing Society and participates in Cambridge Open Studios, opening her studio in Elsworth where she also runs occasional printmaking workshops. Sherry studied printmaking at the Curwen Print Studio.

Sherry’s artwork can be viewed on: